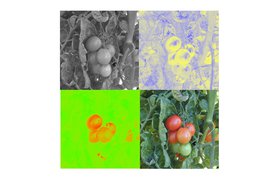 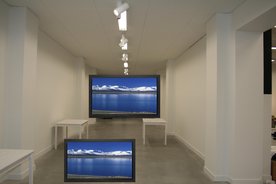 Tom started his career as a lab technician in the British Steel Corporation (1970-71), analysing data on the effects of friction in steel rolling mills. He then studied for a degree in physics at Manchester University (1971-1974), after which he became a Research Scientist at Kodak Ltd in London, where he got interested in colour vision. He transferred his work to The City University, London, where he did a PhD in Optometry and Visual Science (1975-78). He moved to Bristol University in late 1978 to work on hearing and vision with Richard Gregory. In 1986 he went to the University of Tübingen Eye Hospital, with a Fellowship from the Humboldt Foundation. His work was mainly on 'isoluminance' and its effects on the perception of form and motion. He returned to the UK for a part-time post-doc appointment in the Department of Psychology at Bristol; for the rest of the time he worked at the IBM UK Scientific Centre in Winchester, where he became interested in computational modelling of vision. He returned full-time to Bristol in 1988, and organised the European Conference on Visual Perception that year. He became a Lecturer in 1991. In 2000 he left Bristol to take up a post of Professor Psychology at the University of Sussex. In 2002 he returned to Bristol, also as Professor of Psychology, and founded the Cognition and Information Technology Research centre (COGNIT) whose aims, like Tom's, were to foster an interdisciplinary approach to cognitive neuroscience. He was on the management team of the Bristol Vision Institute (BVI), which supports and stimulates interdisciplinary research in vision science.

Tom's research interests were broadly within the area of perception, cognition, and action, with particular interests in computational modelling of vision, neuro-ecology, and robotics. One of his major research projects investigated the properties of the natural environment and how they map on to the organisation of the brain in humans, other primates, and birds. Together with Dr David Tolhurst (Physiology, Development, and Neuroscience, Cambridge) he began to develop a computational model of how we perceive differences between images. He was involved in a project with Professor Innes Cuthill and Dr Julian Partridge in the School of Biological Sciences, University of Bristol, to develop a similar model for starlings. Together with Dr Jan Noyes (Psychology, Bristol) he had applied some of this modelling to the problem of detecting rail signals. A project with Dr Iain Gilchrist (Psychology, Bristol) and Professor Owen Holland (Computer Science, Essex) funded by the EPSRC Adventure Fund was aimed at developing a 'conscious' robot. Together with a forensic scientist at Liverpool University, Dr Alex Hirschfield, Tom also set up a network of people to investigate all the issues surrounding CCTV surveillance of our cities. Other collaborations included work on virtual reality with Dr Katerina Mania (Informatics, Sussex), on visual ecology with Professor Daniel Osorio (Life Sciences, Sussex), on colour vision with Dr Annette Werner (Eye Hospital, Tübingen), and on computer graphics with Dr Erik Reinhard (Max Planck Institute for Informatics). In the last year or so before he died, Tom had also become very interested in the area of empirical aesthetics, specifically with reference to the feeling of 'presence' as affected by factors like screen size when watching movies.